Gynecological Cancers: What Every Woman Should Know 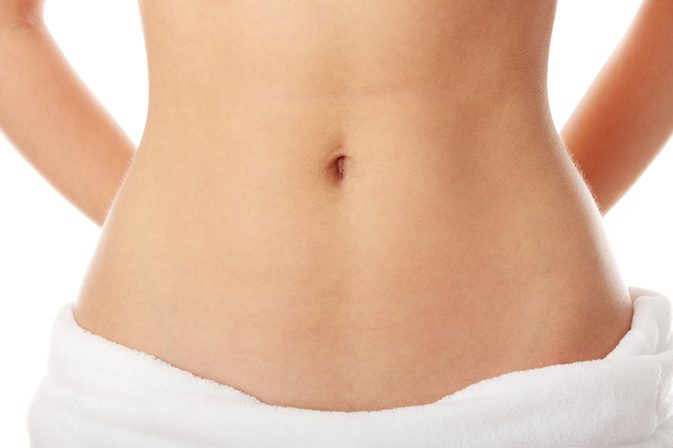 Dr W Szpak comments: “Unfortunately many of gynaecological cancers are diagnosed in the core advanced stage. Within this article one can find early, not yet specific symptoms that should never been ignored and require consultation with gynaecologist or family doctor.”

Gynecological Cancers: What Every Woman Should Know

Annually, all types of cancer claim more than a half­million lives. The most common gynecologic cancers include cervical, uterine, ovarian, vaginal, and vulvar cancer. A women should be advised to seek medical care from her primary healthcare provider if she experiences pain or any abnormal vaginal bleeding between periods, after intercourse, or after menopause.

Treatments for gynecologic cancers may include surgery, radiation therapy, and chemotherapy. Healthcare providers should encourage women to maintain regular examination routines with their gynecologist and to remain proactive about their gynecologic health.

Cancer is the second leading cause of death in the United States, exceeded only by cardiovascular disease, and claims more than a half­million lives annually.

Although breast cancer is the most common cancer affecting the female population, according to the American Cancer Society (ACS), gynecologic cancers impact women as well.

Annually, more than 84,000 women in the U.S. are diagnosed with some type of gynecologic cancer; these cancers account for an estimated 28,000 deaths

Since there are screening parameters for some gynecologic cancers, pharmacists can encourage women to get routine checkups and screening to maintain gynecologic health or to identify an issue early on. Virtually all cervical cancer and an estimated 40% to 70% of vaginal and vulvar cancer are linked to human papillomavirus
(HPV).

The Advisory Committee on Immunization Practices currently recommends routine vaccination of females and
males aged 11 or 12 years to fight against HPV.

During counseling, pharmacists have the opportunity to empower patients with pertinent information about risk factors, possible preventive measures, and the latest developments in treatments for gynecologic cancers so that patients can make informed decisions about their health and overall well­being.

Certain signs and symptoms are associated with gynecologic cancers (), but not all women with a gynecologic cancer have the same symptoms. Additionally, some symptoms are hard to recognize since they may be comparable to or mimic symptoms of other conditions. A woman should be advised to seek medical care from her primary healthcare provider if she has pain or any abnormal vaginal bleeding between periods, after intercourse, or after menopause.

Cervical Cancer
Gynecologic Cancers: What Every Woman Should Know.

The ACS reports that an estimated 12,289 diagnoses of cervical cancer will be made by the end of 2017, and more than 4,000 women in the U.S. will die from cervical cancer this year.

Mean age at diagnosis is generally around 50 years, but cervical cancer can occur as early as age 20. Cervical cancer results from cervical intraepithelial neoplasia, which seems to be caused by infection with HPV type 16, 18, 31, 33, 35, or 39. Cervical cancer is the only gynecologic cancer that has a recommended screening test, the Papanicolaou (Pap) smear, but the test does not detect cancer; rather, it detects changes in cervical cells.

HPV must be present for cervical cancer to occur. According to the CDC, cervical cancer is the only cancer that can be prevented by having screening tests routinely and following up as warranted.

When diagnosed early, cervical cancer is considered to be very curable.

Risk Factors. Risk factors associated with cervical cancer include smoking, HIV, using oral contraceptives for more than 5 years, having multiple sexual partners, and having given birth to three or more children.

If hysterectomy iswarranted but the patient is not a candidate for surgery, radiation plus chemotherapy is used.

Chemotherapy should be administered in conjunction with radiation therapy to most patients with stage IB (high­risk) to stage IVA cervical cancer.[13] Studies have demonstrated that the combination of topotecan and cisplatin enhances overall survival, but acute toxicities are also increased

In August 2014, the FDA approved bevacizumab for the management of persistent, recurrent, or latestage (metastatic) carcinoma of the cervix.

A statistically significant improvement in overall survival and an intensification in the rate of tumor shrinkage were demonstrated in trial subjects treated with bevacizumab plus chemotherapy compared with chemotherapy alone. However, hypertension, thromboembolic events, and gastrointestinal fistulas were greater in the bevacizumab group.

Most commonly reported adverse reactions include pain, swelling, and redness at the injection site.

More than 90% of patients with endometrial cancer will present with abnormal vaginal bleeding, whether it is menorrhagia, metrorrhagia, or any amount of postmenopausal bleeding; the average age at diagnosis is 61 years.

Incidence of endometrial cancer is greater among Caucasians when compared with Asian or African American women; however, the mortality rate is greatest among African American women. While endometrial adenocarcinoma is a very common gynecologic malignancy in the U.S., it has a promising
prognosis since most women present with symptoms at an early stage; 4% of cancer deaths in women result from
endometrial adenocarcinoma.

Other risk factors for endometrial cancer include use of tamoxifen for more than 5 years;
previous pelvic radiation therapy; familial history of breast or ovarian cancer; and unopposed estrogen due to polycystic ovary syndrome, nulliparity, late menopause, estrogen therapy without progesterone, or anovulation disorders.

Ovarian Cancer
Ovarian cancer, commonly diagnosed among women between 55 and 64 years of age, causes more deaths in women than any other type of gynecologic cancer.

Annually, more than 22,000 women in the U.S. are diagnosed with ovarian cancer
and an estimated 14,000 women die from the disease. The overall 5­year survival rate is 46% in most developed countries, and rates of survival are lower for more advanced stage.

More than 75% of affected women are diagnosed at an advanced stage, because at early stages, ovarian cancer is typically asymptomatic or symptoms are nonspecific.

Common signs and symptoms include abnormal vaginal bleeding, pain or pressure in the pelvic area, abdominal or back pain, bloating, feeling full too quickly or having difficulty eating, and changes in bathroom habits.

Risk Factors. The most common risk factors for ovarian cancer include family history of ovarian cancer, nulliparity, delayed childbearing, early menarche, delayed menopause, and those with certain genetic markers, such as the BRCA1 or BRCA2 gene.

Treatment. Typically, treatment consists of hysterectomy, bilateral salpingo­oophorectomy, and cytoreductive surgery followed by chemotherapy with agents such as carboplatin and paclitaxel.

Vulvar Cancer
The ACS predicted that in 2017 there would be an estimated 6,020 diagnoses of vulvar cancer in the U.S. The average age at diagnosis is 70 years, and incidence increases with age; however, incidence of vulvar cancer seems to be increasing in younger women.

The prognosis for vulvar cancer is good when treatment is provided in a timely manner. Typical symptoms associated with vulvar cancer include itching, vulvar bleeding, and pain.

Vulvar cancer can be classified into two groups according to predisposing factors: The first type is associated with HPV infection and occurs mostly in younger patients, and the second group is not HPV­associated and occurs frequently in elderly women without neoplastic epithelial disorders.

If the cancer originates in the vulva, it is called primary vulvar cancer. If it starts in another part of the body and then spreads to the vulva, it is called secondary vulvar cancer.
Treatment. Radiation and chemotherapy are used if warranted. In general, chemotherapy for vulvar carcinoma is palliative and frequently ineffective; the most commonly used chemotherapy regimens are platinum­based, such as cisplatin, given alone or in combination with another agent, such as 5­fluorouracil, paclitaxel, vinorelbine, or mitomycin C.

Since there are only a few cases that warrant chemotherapy, there is no standard treatment yet and the actual response rate to these chemotherapies is low.

Carcinoma of the vagina is very rare, accounting for an estimated 1% of gynecologic cancers annually, with an average age at diagnosis of between age 60 and 65 years.

Tumors found in the early stage are often curable with local modalities, but there is no standard treatment of proven efficacy for metastatic disease.

An estimated 30% to 50% of women with vaginal carcinomas have had a prior hysterectomy for benign, premalignant, or malignant disease.

Treatment. Treatment is dependent upon the cancer stage and may include surgery and radiation therapy, which are very effective in early stages; radiation therapy is the primary treatment for more advanced stages. The use of chemotherapy has not been demonstrated to be curative for advanced vaginal cancer, and to date there are no standard drug regimens.

The Role of the Pharmacist

As one of the most accessible healthcare professionals, pharmacists are in a pivotal position to increase awareness about various types of gynecologic cancers (see Sidebar), known risk factors, screening tests, and preventive measures, such as the HPV vaccine for cervical cancer. They may also provide patients who have gynecologic cancers with information about drugs and possible treatment options. When counseling patients seeking advice or guidance about abnormal gynecologic symptoms (such as irregular bleeding or discharge) or about nonprescription products to treat symptoms (such as abdominal, back, or pelvic pain or pressure and bloating), that warrant further medical evaluation, pharmacists can help identify patients who may be at increased risk for certain gynecologic cancers. Pharmacists can also remind patients to maintain routine gynecologic examinations and to always discuss anomalies such as irregular/abnormal vaginal bleeding with their physician.

The common gynecologic cancers, including cervical, uterine, ovarian, vaginal, and vulvar cancer, account for about 28,000 deaths in the U.S. each year. Women should be aware of gynecologic cancer signs and symptoms. Pharmacists have the opportunity to educate women on gynecologic cancers and encourage them to have an open dialogue with their gynecologists about risk factors and screenings.